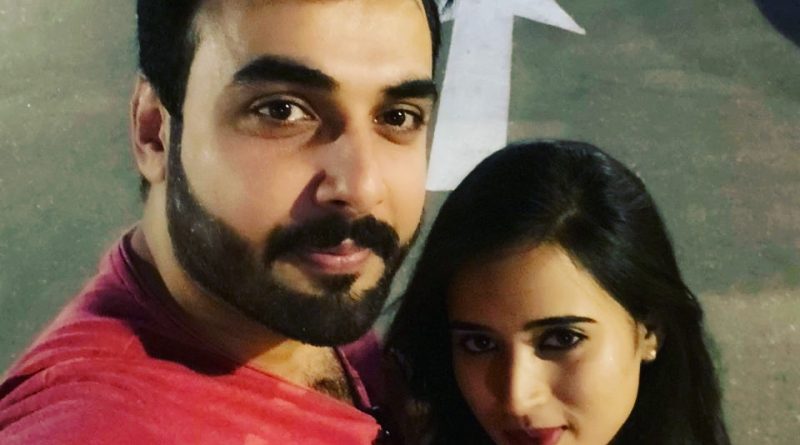 Aayat shaikh recently spotted in Beautiful city Dubai with a mysterious man. Aayat Shaikh, well know actress and anchor in Bollywood film industry was in Dubai for work related trip. Mysterious man is none other than Dubai based property consultant. He is also a film producer who has plans to produce a bollywood film soon and Aayat was there to discuss the film project with him.

Aayat, with no godfather strove harder to become a part of Bollywood where initially she has no idea how to start with and says, “I just had one aim in heart and that was to see myself on the big screen. I have always believed that she has to reach the pinnacle of success in her life where everyone recognizes her as a terrific actor.”

She started this journey with a vision of reaching the acme after completing her BBI, and says that the journey has not been so easy. It was full of disappointments and rejections in every audition which led her to depression.
Aayat has done 6 music videos, a short film, many western, bridal, ethnic wear shoots, ramp shows, has played a parallel lead role in a Chhattisgarhi film, has played a ‘Cop’ in an episode of a web crime show. She has won an award in modelling from Rudraksha studio, Ratlam.

She has her upcoming lead in the music video with Jonita gandhi and Parry G, other music video with T Series Regional. Her upcoming projects with T series regional also include a song in which she played blind character which will be out soon. She is also doing lead in an upcoming web series produced by Innocent Virus Films and in talk with Punjabi films.