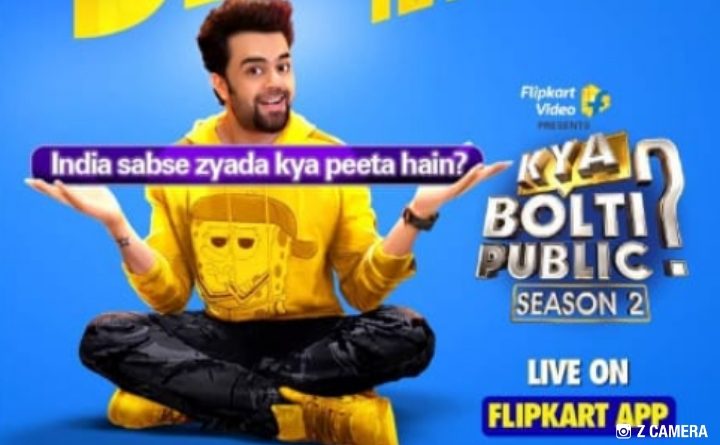 The lockdown has seen B-Town engage with their fans in exciting ways. From throwbacks, to weddings, workout sessions and cook-offs we’ve all seen a new side to our favourite stars. To make sure that you keep up with the current happenings in Bollywood, Flipkart Video’s Kya Bolti Public – Season 2 has provided India’s take on what has kept people hooked along with answers to the buzziest questions around Bollywood. Hosted by Actor and entertainer –
Maniesh Paul, the episodes have kept viewers thoroughly engaged and entertained and here
is a sneak peek of some of India’s favourite questions. 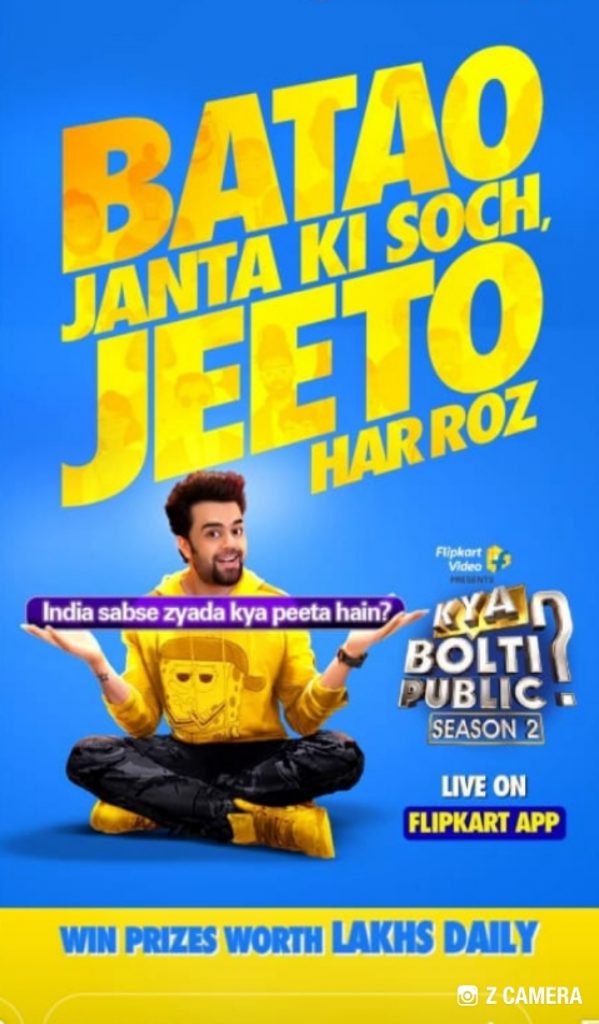 Q. Who is India’s favourite superstar – Salman Khan or Shahrukh Khan?
Sabki Aan, Sabki Shaan, Sabka Ek Bhaijaan. However, in the battle of the Khans, the King of
Bollywood still rules the hearts of many. Shahrukh Khan turned out to be sabke dilo ka
Badshah as well as Bollywood ka Badshah yet again with the maximum number of votes.
Q. Which was the better celebrity wedding? – Priyanka Chopra & Nick Jonas or Deepika
Padukone and Ranveer Singh
Piggy chops has been making a splash wherever she goes, be it the MET Gala or the red
carpet. However, her glamorous wedding to Nick Jonas, in the minds of our audience, was no
match to Bollywood’s power couple – DeepVeer’s adorable celebrations in Italy. A whopping
84% of users voted for Deepika and Ranveer’s big fat Indian wedding as the dhamaka celebrity
wedding!
Q. Who is a more of a “baller” – Ranveer Singh or Ranbir Kapoor
This one is an extremely difficult choice. The prince of the Kapoor clan and heartthrob Ranveer
Singh, with their fashion sense and affinity for a luxurious lifestyle, are both ballers in their own
way. The Indian audience, however, picked Ranveer Singh as the real MVP over Ranbir
Kapoor.
Q. Who is Bollywood’s Tom Cruise? – Akshay Kumar or Shahrukh Khan
Getting an answer to this seemed like Mission Impossible but our janta has done it again. In
a battle between trained martial artist Rajiv Bhatia and the Badshah of Bollywood SRK, 76%
of Indians chose Akshay Kumar to be Bollywood’s Tom Cruise.
Q. Which roles do you prefer Amitabh Bachchan doing?
The Shahanshah of Bollywood has not only ruled over the box office but also our hearts with
his stellar performances. Though asking someone to choose between his avatars of Romantic
Hero or Angry Young Man seems rather difficult. 82% of the audience chose the iconic “Angry
young man” as their favourite avatar of Mr Bachchan
Q. Whose Lockdown diaries are better? – Jacqueline Fernandes or Kareena Kapoor
Khan

While Bebo has been the talk of the town with her Instagram debut, shockingly she still has to
impress people with her lockdown diaries. For now, it is the stunning Jacqueline Fernandes
whose lockdown diaries have left a lasting impression on our audience. We hope ‘Poo’
triumphs next time.
Q. Which on-screen pair is better? Katrina Kaif – Ranbir Kapoor or Katrina Kaif Salman
Khan.
Bollywood’s former power couple Katrina and Ranbir’s fall out may have disappointed many
fans. Their chemistry on-screen is undeniable, but it is no match for Sallu Bhai. As they say
‘Old is Gold’; Bhaijaan and Katrina continue to remain India’s favourite onscreen pair with 79%
of Indians voting for them.
Q. Who would make a better cricketer? – Shahid Kapoor or Ranveer Singh
The success of Dil Bole Hadippa and the glimpses of KD 83 have shown us one thing – these
two hunks can rock the field any day of the week. India, however, feels that Ranveer Singh
would make a better cricketer than Shahid Kapoor with 79% of the audience voting for
Ranveer.
To participate in this unique quiz show and win exciting rewards each day, head over to the
Flipkart app, click on the Video icon at the bottom right of your screen and click on Kya Bolti
Public Season 2. With some filmy tadka to feed the Bollywood fanatic in each one of us every
participant stands a chance to win guaranteed prizes, from Flipkart Gift Vouchers to Flipkart
SuperCoins. Don’t miss out; get playing now!