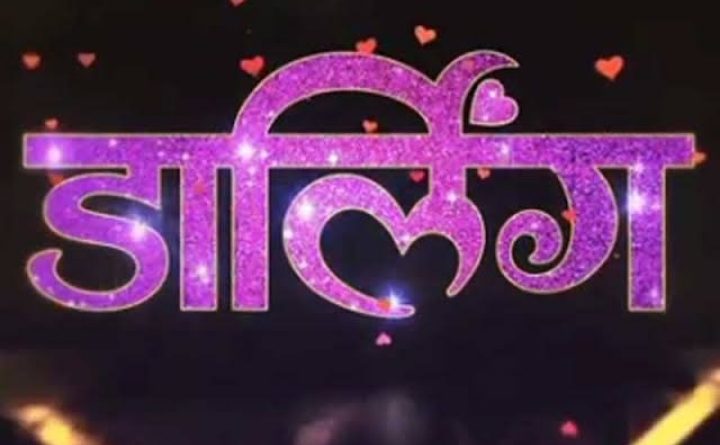 THE EPOCH-MAKING TRAILER OF ‘DARLING’ UNVEILED ‘DARLING’ IS ALLSET TO BE RELEASED ALL OVER MAHARASHTRA ON JANUARY 26, 2021 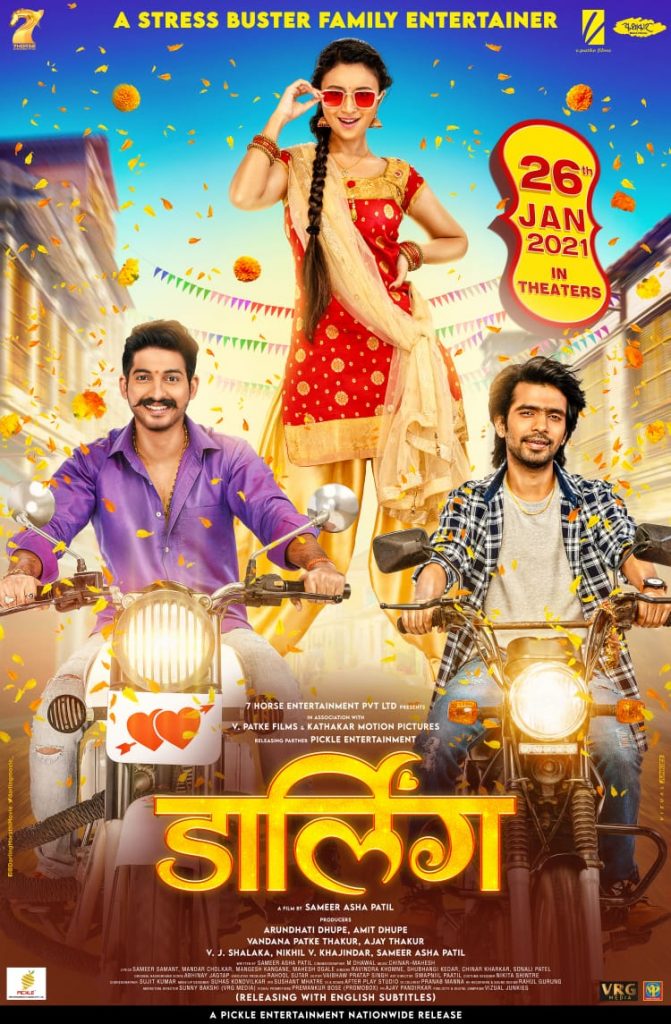 Ever since the phase of the unveiling of the lockdown had started, there has been the news of only one Marathi film here there and everywhere. The film ‘Darling’ which is all set to be released all over Maharashtra on January 26, 2021 has kept the audiences on tenterhooks, eagerly awaiting the outcome of the robust youthful love story. The title song of the film “Darling Tu…” has already won a lot of kudos from the listeners earlier and now the romantic duet “Yeh Hai Pyar…” is also growing in popularity day by day. Now the epoch making trailer of the film ‘Darling’ also has been unveiled. The producers and the director of the film are hopeful that like the two songs which were received with a lot of acclaim, the trailer also will be able to captivate the hearts of the audiences.

Amit Dhupe, Ajay Thakur, V.J. Shalaka and Nikhil Khajindar have produced the film ‘Darling’ under the banner of 7 Horse Entertainment Pvt. Ltd., V. Patke Films and Kathakar Motion Pictures. The film has been directed by Sameer Asha Patil who has always blazed a new trail with his innovative vision. The film has been made very memorable with the diligent combination of a well written story, a brilliant technical crew, a blend of excellent lyrics and melodious music and above all top notch production values. And fresh from the success of ‘Takatak’ released last year and starring the combo of the new pair Prathamesh Parab who is the heartthrob of the youth today and the svelte and beautiful Ritika Shrotri, the love story will also star the ‘Lagira Jhala Ji’ fame Nikkhhil Chavan in a pivotal role. The highlight of the film is that it will set out to present a lot of aspects of a love story that has hitherto not been shown on the screen at all for the first time. Also the film has been embellished with superlative acting, melodious music, incisive dialogues and an awesome appetite whetting screenplay and hence the director Sameer Asha Patil is sure that the attractive trailer will be a hit with the audiences. Sameer Asha Patil also asserts that the film is a wholesome package which will not only set out to entertain the viewers in an abundant measure but also drive home an effective message to the youth.

The film will appeal to the audiences in the coming New Year. Looking at the tremendous response to the film Tenet and the response of the patrons to the plays staged recently, the producers of the film ‘Darling’ are hopeful that the interest of the audience will also be spurred to come forward to watch ‘Darling’ and go back home happily. The producers and the director are confident that the film ‘Darling’ will prove to be akin to tonic and drive away the lockdown blues. Precisely because of this reason the entire Marathi film industry is also looking forward to the release of the very first film ‘Darling’ in the theatres after the lockdown. The task of the Releasing Partner and distribution of the film has been undertaken by the distributor duo of Sameer Dixit and Rishikesh Bhirangi (Pickle Entertainment). ‘Darling’ Written by Sameer Aasha Patil. Parthamesh Parab, Ritika Shrotri, Nikkhhil Chavan, Mangesh Kadam, Anand Ingale in a pivotal role. The Music has been composed by the dynamic music director duo Chinar and Mahesh.