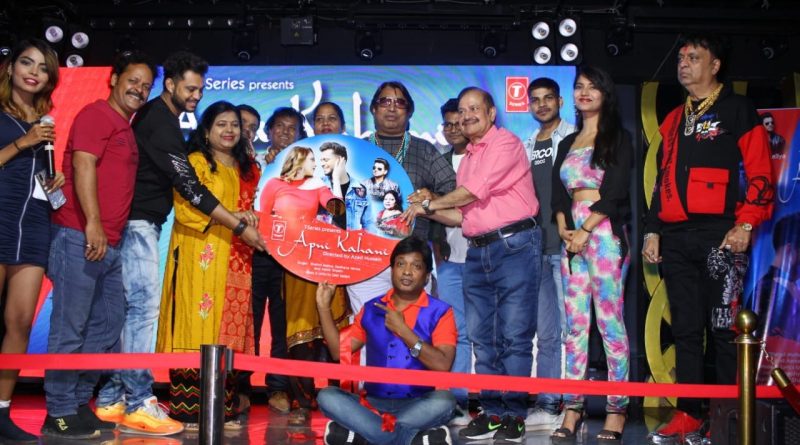 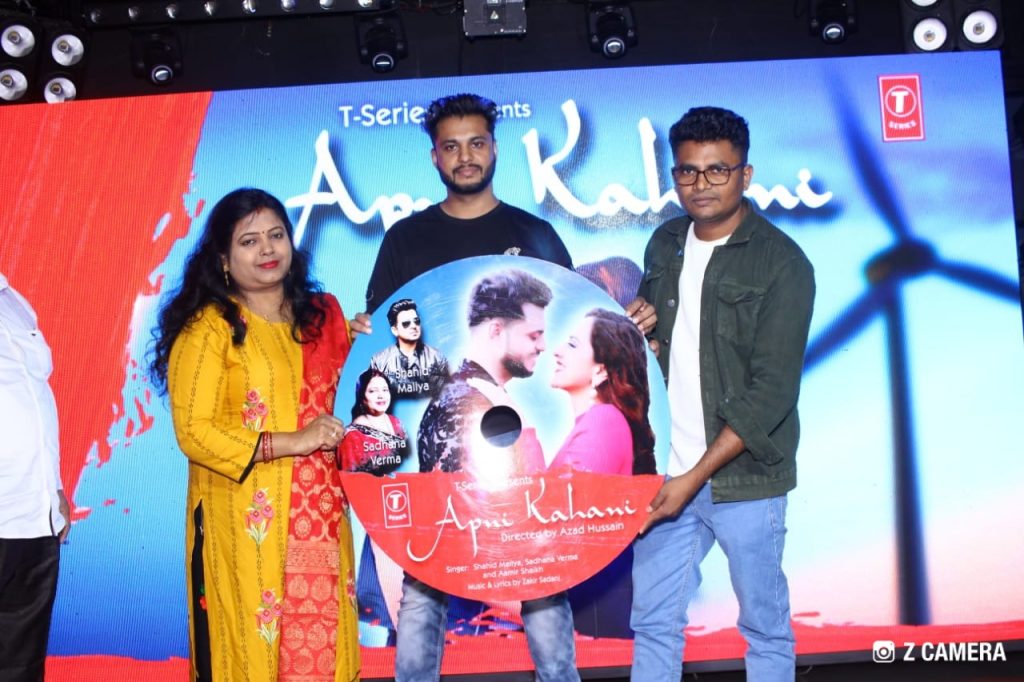 At a glittering event in Mumbai, the music video Apni Kahani was unveiled at the hands of the ace comedian Sunil Pal, Javed Hyder, Tik Tok star Angel Roi and music director Dilip Sen. T Series has released the music video directed by Azad Hussain. Aamir Shaikh, Saisha Sehgal, Mansi yelane and Mohit Gaikwad have acted in the music video. Aamir Shaikh has not only crooned a song beautifully but is also being seen in an impressive role in the video. The lyricist and music director is Zakir Sadani. Suhas Rao has cranked the camera and Shivam Nirmal has designed the poster. 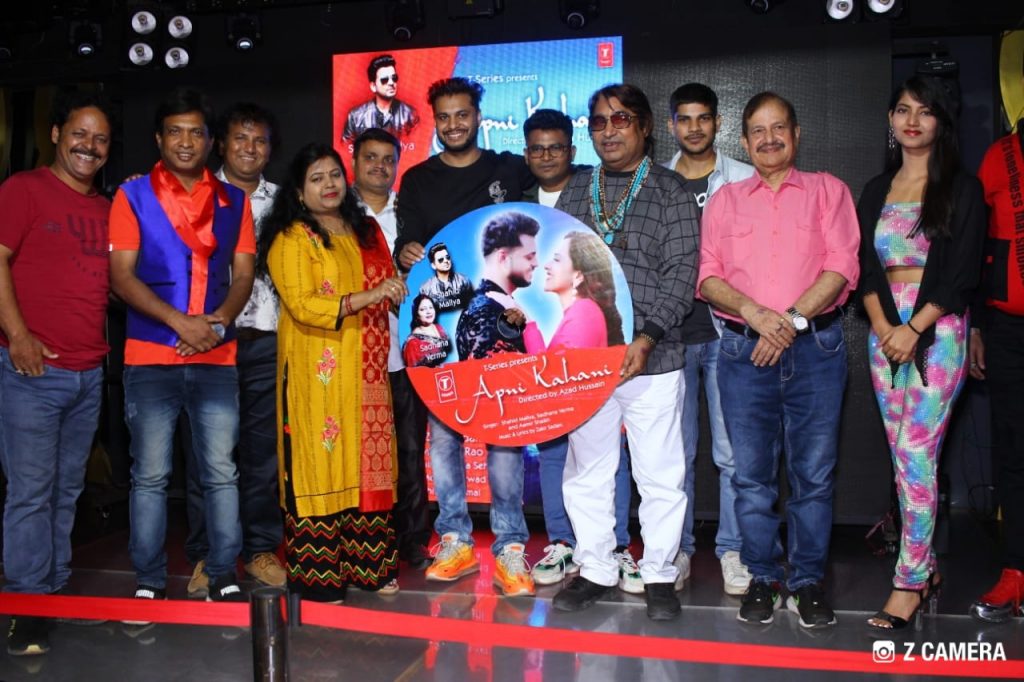 Sadhana confesses that even in her wildest dreams she did not envisage that the song sung by her will be launched in such a grand manner and the entire credit she says ought to go to Aamir Shaikh. “When I met Aamir and he heard my voice, he liked it. He was working on a song with Zakir Sadani. He asked me to sing a few lines. I actually felt that my voice was only being tested as part of the process of audition and the song will be recorded in some other singer’s voice. I was delirious with happiness when I came to know a few days before the release of the song that my voice had been retained in the final version.“Generally a song for an album is shot in just a day but this music video was shot over a period of three days. There are alot of helicopter shots and hence the song has turned out to be very grand”