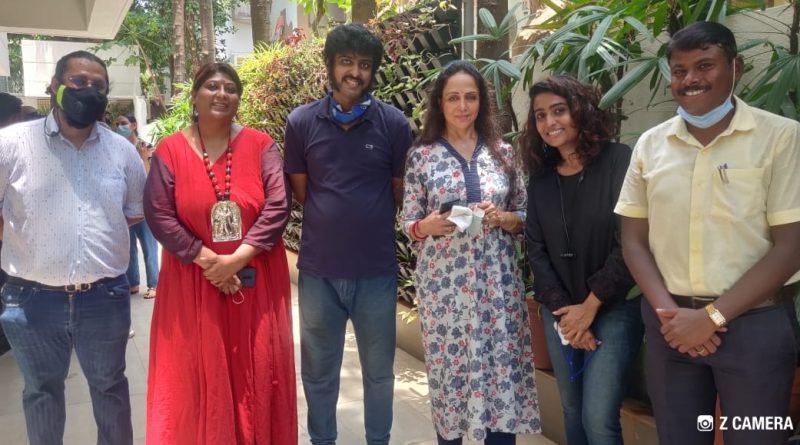 The recent cyclone Tauktae has battered the green cover of Mumbai, with 2363 trees being uprooted and innumerable others losing their branches. A survey revealed that 70 per cent of the trees lost were non-native species.
After studying the local agro-climatic conditions, including soil quality, humid weather, the BMC prepared a list of 41 native trees that can be planted in Mumbai and are part of the trees in the Konkan belt. These are Wad, Pimpal, Umber, Kanchan, Kadamba, Gunj, Palas, Nim, Mahogany, Moh, Bahawa, Sag, Arjun, Ain, Kinjal, Sita Ashok, Undal, Nagkeshar, Champa, Shivan, Shirish, Karanj, Bakul, Bell, Taman, Hirda, Behda, Coconut, Amla, Khair, Tetu, Mango, Putranjiva, Wild Almond, Bibba, Parijatak, Rita, Sandalwood, Phanas and Chafa among others.
On the eve of World Environment Day, The BMC’s K West Ward Asst Commissioner Mr. Vishvas Mote along with Make Earth Green Again MEGA Foundation is starting ‘Be A Tree Parent – Adopt A Fallen Tree Pit’ Campaign to involve societies and residents to adopt one of the 348 fallen tree locations in K West Ward and re-plant the same with an identified fast growing tree species.
Keeping in mind the above and to restore green cover, Asst Commissioner Vishvas Mote avers: “The aim of this campaign is to involve citizens and societies to adopt and take care of a tree at the location of a fallen tree, that will be planted in consultation with the Garden department. It also aims to create awareness among citizens about different native species of trees, their blooming seasons and growth patterns and to build a sense for ownership among residents for green cover in the city.”
Anusha Srinivasan Iyer, Founder, Make Earth Green Again MEGA Foundation, “The trees we are planting in conjunction with the Garden department of BMC include flowering plants tamhan, jamun, badam and such other native species. We have water levels that are high. Hence the roots do not go very deep in search of water, which is why we think it best to grow species that do not grow above 30 feet. We are requesting the locals to become a tree parent and adopt the trees. Any guidance or help they need at any time, we are there to handhold them. Vishvas Mote ji has always been in the fore for causes that protect environment. We are very glad we can involve community to protect our greens. Our future depends on the green footprints we leave behind.”
The inauguration of this campaign will be at 11 AM by planting a Tamhan plant at a pit where a 45 foot tree once stood, by the hands of Hon MP Smt Hema Malini ji along with Local Councilor Smt. Renu Hansraj, Asst. Commisioner MCGM K-West Ward Shri Vishvas Mote, Anusha Srinivasan Iyer of Make Earth Green Again MEGA Foundation and Shaan Lalwani of Vriksha and Nodal Officer of Adopt A Fallen Tree Pit Shri Yogendra Kachhawa and Municipal Staff of K-West Ward.
“Each of us must strive to preserve our environment. Our lives are intertwined with Mother Earth and it is our duty to save her. Adopting a Tree is one step in that direction,” averred Hema Malini as she launched the campaign.