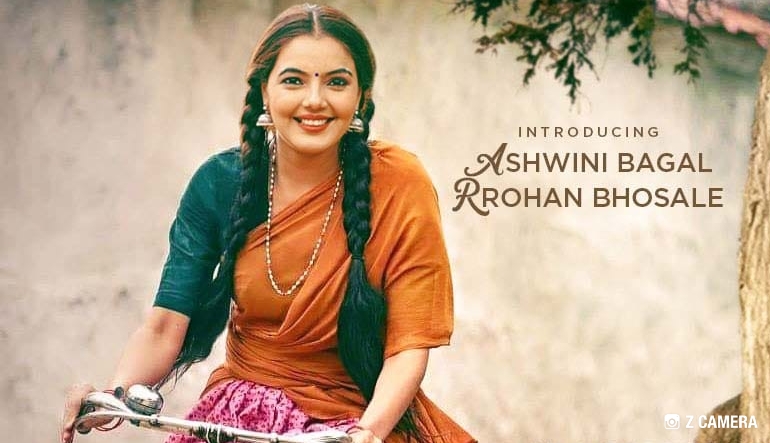 In today’s stress ridden day to day life, new songs go a long way to make people’s hearts happy Pickle Music which was launched just a while ago is gainig a lot of accolades in the word of music. After success of “Londancha Raja” song a presentation of Sameer Dixit and Rishikesh Birangi with Shashkant Pawar, it is a very lilting melody presented to the listeners. To mark the auspicious occasion of our country’s 75th glorious Independence Day, the poster of the single “Usasoon Aaley Man” has been unveiled with pomp and splendour. 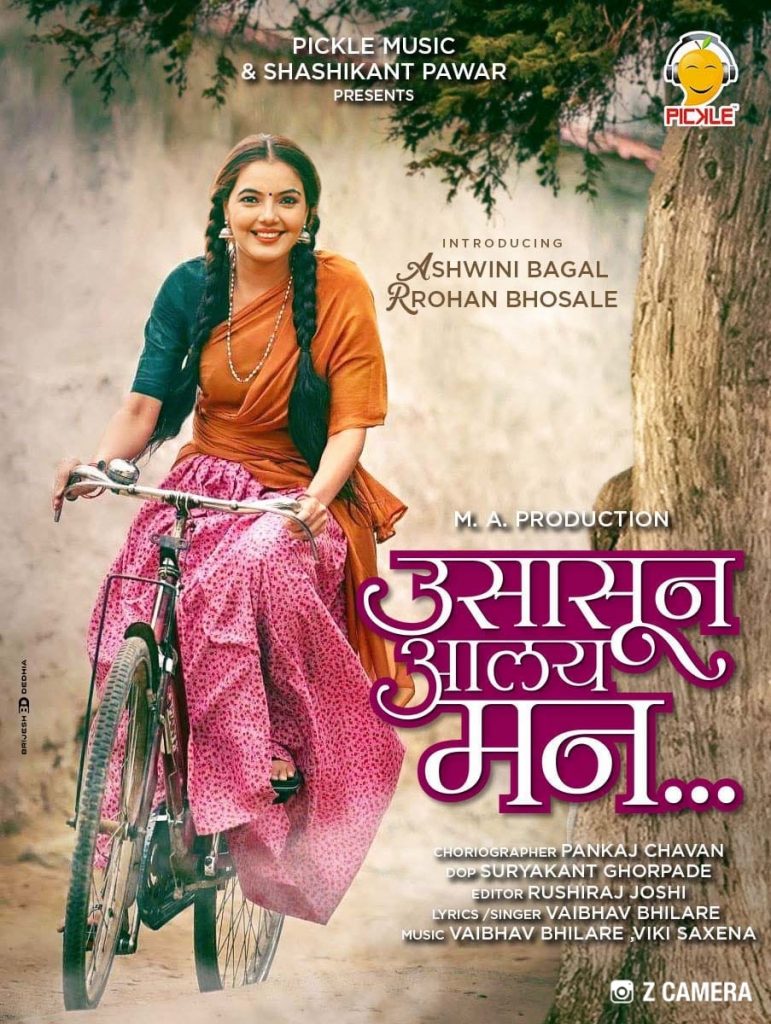 The attractive and catchy poster of the song “Usasoon Aaley Man” produced by the banner of M. A. Productions has been unveiled on social media. You can see a young and beautiful girl cycling in the poster. Since her costume in the poster reminds you of a small village, it is believed that the song has a background of a small time village. The actress who has two venis, a dot on her forhead, an ear ring each in her ears, a garland on her neck with a blouse and odhni is none other than Ashwini Bagal. Incidentally, this is Ashwini Bagal’s first ever single music video. With the song “Usasoon Aaley Man”, she is making her debut in the world of music albums. New face Rohan Bhosale has been paired opposite her in the album. The chemistry of the fresh new pair is surely going to be the USP of the album, according to Sameer Dixit.

Talking about her debut album, Ashwini says, “Usasoon Aaley Man is my first ever music album. I have already also acted in films and very shortly my films will also see the light of the day. The song has been conceived by Vaibhav Bhillare. After penning the song, Vaibhav came to see me. Vaibhav has worked hard on the song forever three weeks in tandem with Vicky Saxena. After a lot of permutations and combinations, he came up with a track which has elicited a lot of accolades. We shoot the song in a small village in Satara in a place surrounded by lush greenery which is like adding a cherry to the cake. I really enjoyed a lot working on a music album for the first time. Anup Jagdale and Monalisa Bagal supported me a lot. Choreographer Pankaj Chavan has also done brilliant choreography for the song.”

“Usasoon Aaley Man” has been penned by Vaibhav Bhillare who has also crooned the song composed by Vaibhav and Vicky. Pankaj Chavan who has choreographed the youthful and chirspy dance number says, “The song “Usasoon Aaley Man” has been composed in a style which will be liked by the youth today Novelty has been the key word right from the penning words of the lyrics till the composition. Even while doing the choreography of the song, this aspect has been taken care of and the viewers will be able to decipher a different kind of extra ordinary choreography in the song”. Pankaj also opines that both Ashwini and Rohan will be able to entice the viewers with their special beats in the dance number with their twinkle toes. “Anup Jagdale has co-operated with me a lot all through the making for the song”, adds Pankaj. The cinematography of the song has been done by Suryakant Ghorpade, while editing has been done by Rishiraj Joshi.