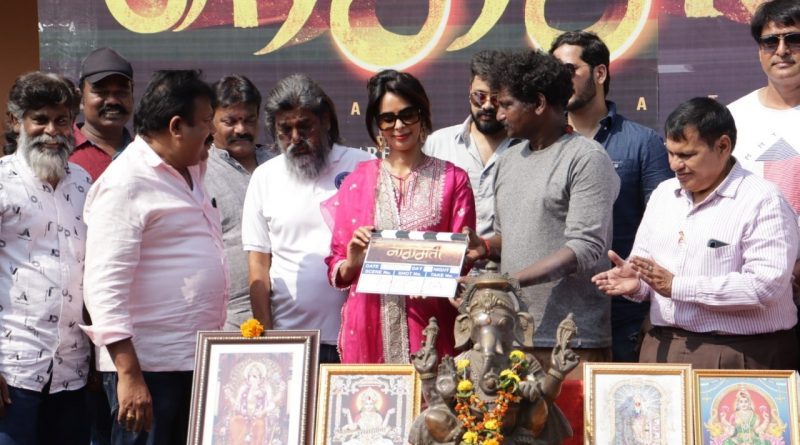 movies including 6’2, Vathiyar&Oram Po.
Director VC Vadivudaiyan is known for his work in the Horror Thriller genre and has
given several blockbusters in Tamil. Speaking on his first Bollywood film he says, “It’s
a Period Horror Thriller with Mallika Sherawat playing a pivotal role that she has never done before.

She plays Dual roles as Queen & Royal Princess who is trying to save her kingdom using violence and horror as her weapon. Is she able to save her kingdom in the end?”
Mallika Sherawat marks her debut in this Horror Thriller genre for the first time and is
excited to be a part of this multilingual project.

Mallika has been doing a lot of homework and preparing for her role in this film. There are numerous high-action sequences in the film that require hard training. Mallika has been training in horse riding, sword fighting and attending workshops already.

Today, shooting Started in Mumbai at ND Studio with numerous artists.This film will be shot extensively in Mumbai, South Africa and Rajasthan amongst other places. With exotic locations & extensive CG work, NAAGMATI will be a rich visual treat for the audience. The way the script moves with twists and turns; it will
keep the audience on the edge of their seats.

Popular Tamil Actor, Jeevan and Vijayan Satya from Kollywood mark their Bollywood
Debut with this film. Best names from the industry amongst technicians and artists
are being roped in for this mega project.
Watch out for the next big news!