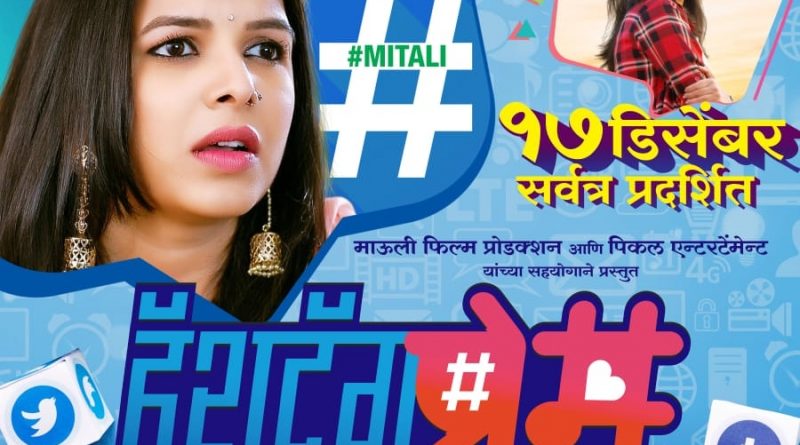 Though the root color of love remains rose, each and every one experiences love in his or her own way. Though with the passing years, the way love is expressed has undergone many changes, love basically still remains the same and even the modern times today have not been able to bring about any major change as far as love is concerned. In whichever language the youth is able to understand it and in whatever language it is able to comprehend love, it is also being expressed by the youth today. That’s precisely the main reason why the titles of films which are based on love stories also try to speak the language of love. The forthcoming much talked about Marathi film Hashtag Prem also will give you a similar experience. Hashtag Prem, the release of which had been postponed for a long period of time because of the lockdown and the pandemic, is now all set to be released on 17 December, 2021 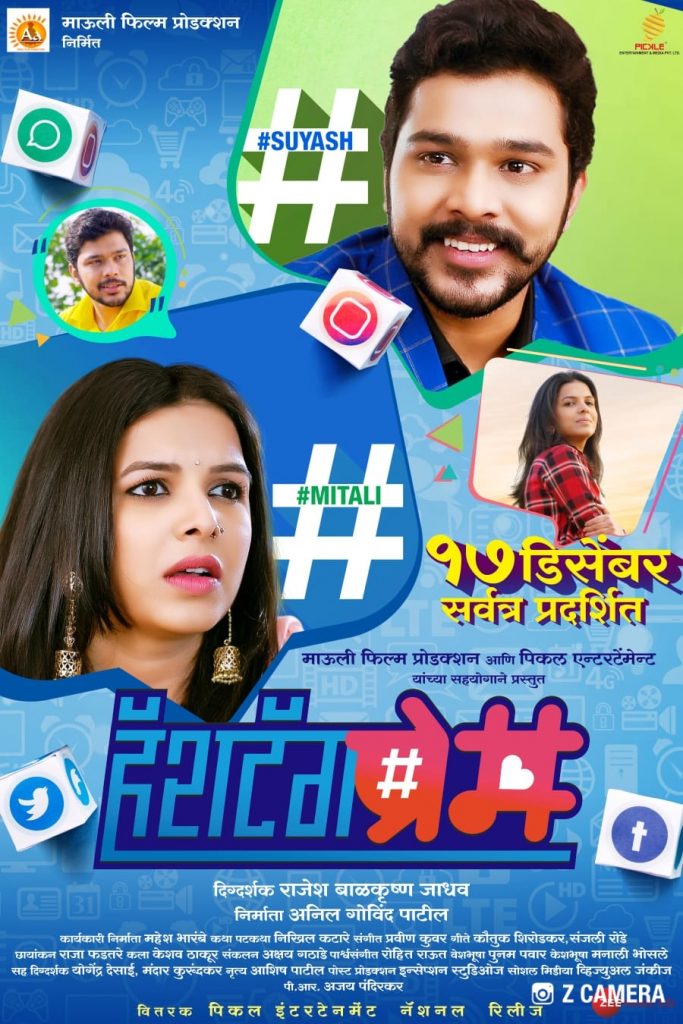 Produced by Anil Govind Patil under the banner of Mauli Film Productions, distributors Sameer Dixit and Rishikesh Bhirangi will distribute the film with their banner Pickle Entertainment & Coproduced by Arvind Govind Patil. Frankly speaking, the film was planned to be released earlier on March 19 but the lockdown arrived and everything changed around us but now like the Phoenix bird the film Hashtag Prem will see the light of the day. The interesting trailer of the film had received an unprecedented response in the form of huge appreciation. Rajesh Balkrishna Jadhav has directed the film with great finesse. The extraordinary chemistry between the brand new pair of Mitali Mayekar and Suyash Tilak will be the biggest USP to lure the audiences towards the cinema houses. The audiences have experienced the sizzling chemistry between the lead pair Mitali Mayekar and Suyash Tilak thanks to the trailer of the film and there is a lot of enthusiasm on their part to see how the star pair is going to shine in the film.

According to director Rajesh Balkrishna Jadhav, once again the entire team of the film Hashtag Prem is busy with its efforts to release the film. Love is a subject which is loved by all kinds of spectators right from the youth to the older generation. Love has several dimensions around and hence an attempt has been made to tackle and throw light on certain hitherto unknown aspects of love and also drive home for the audiences through the film a certain message of undercurrent. Jadhav has also expressed his opinion that with a blend of brilliant lyrics and music, the film will definitely be able to lure the contemporary audiences with its extraordinary plot. Since brilliant production values and profoundly interesting story are the biggest plus points of the film, the audiences will be able to have a grand experience of their own, says producer Anil Govind Patil. The story and the screenplay of the film have been penned by Nikhil Katare, while Raja Phadtare has cranked the camera brilliantly as the DOP for the film. Lyrics penned by Sanjali Rode and Kautuk Shirodkar have been set to music by composer Pravin Kuwar. Singer cum music director Rohit Raut has scored the background music. Keshav Thakur is the art director while Mahesh Bharambe is the Executive Producer of the film Hashtag Prem.