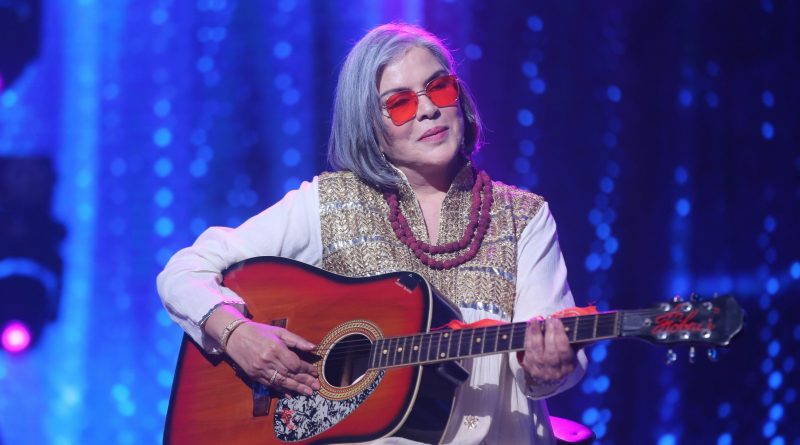 Did you know?
Dev Anand suggested Zeenat Aman to have a hippie look for ‘Dum Maaro
Dum’; revealed on the sets of Sa Re Ga Ma Pa
Zee TV recently returned with its most iconic, longest-running singing reality show that has
stayed relevant to music lovers across the country – Sa Re Ga Ma Pa 2021. The show started 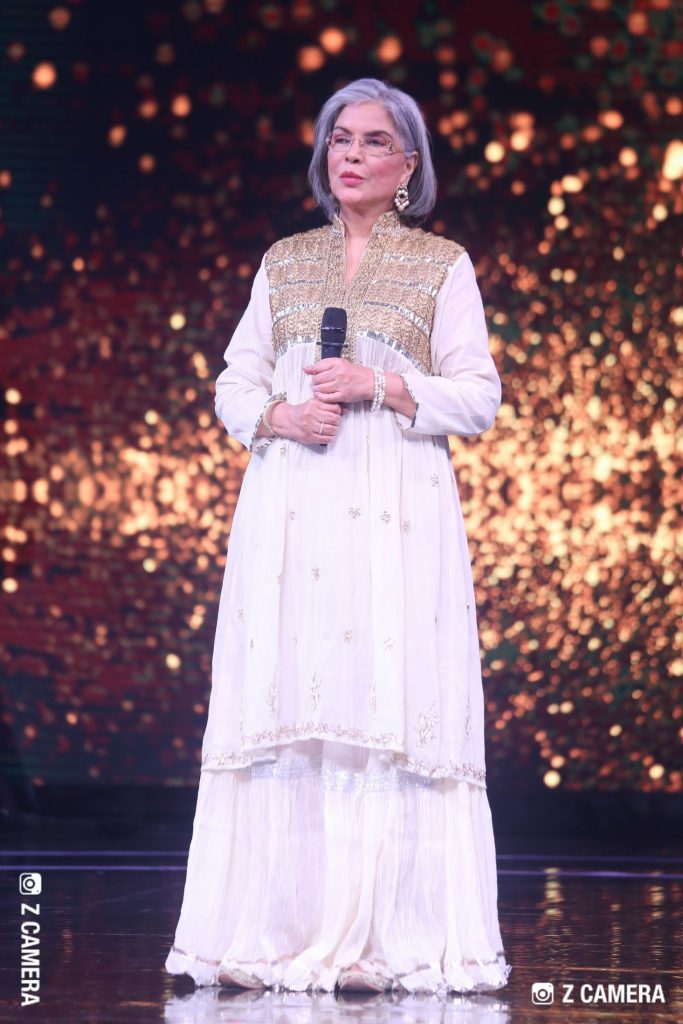 off with a bang and the talented contestants of this season have already managed to impress
the audience. However, viewers are in for a special treat this Saturday as legendary actress
Zeenat Aman will appear as a special guest on Sa Re Ga Ma Pa.
While each contestantimpressed the veteran actress during the shoot, it was Laj, Ananya, and
Yumna’s power-packed performance to Hare Ram Hare Krishna’s title track and Dum Maaro
Dum that left her spellbound. In fact, the song also made the evergreen actress so nostalgic
that she started sharing a lot of anecdotes about the song. Ananya also asked Zeenat ji about
hericonic look forthe song ‘Dum Maaro Dum’ and to everyone’s surprise,the actress revealed
an untold story about how Dev Anand was the one who decided her look for this song.
Talking about the same Zeenat Aman revealed, “When the song was being shot, Dev Sahab
was in double minds about it. He wasn’t sure if we should use it for the movie, but he was
convinced about it finally. After the song waslocked, my look became a topic of discussion. With
the song being so personal to my character, I decided to give it a personal touch with straight,
long hair with a middle partition. But Dev Sahab felt that my character should wear shades and
have a hippie look since the song is being shot around hippies as well. She should also be carefree
and not really bothered with anything and be very bindaas. So, we basically collaborated to
finalize this iconic look for the song.”
While Zeenat Aman’s surprising revelations on the sets of Sa Re Ga Ma Pa will leave everyone
surprised, the performances by the talented contestants will also blow everyone’s minds
during the show.
To witness more such revelations and to enjoy the amazing performances by
all the contestants, tune into Sa Re Ga Ma Pa this Saturday and Sunday at 9
pm, only on Zee TV!