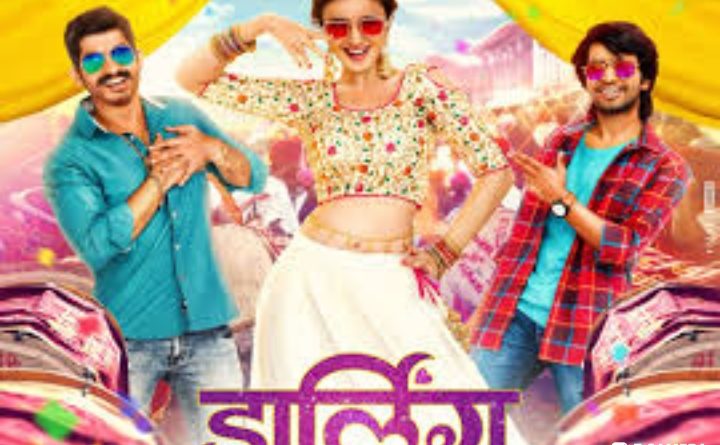 DARLING PROVES TO BE EVERYONE’S DARLING

After the second lockdown, several cinema houses opened up and among the several films which were released successfully one was Darling. Darling has struck wonders at the box office in Marathi today. The magic of the Takatak star pair Prathamesh Parab and Ritika Shrotri has come to mesmerise the audiences once again in the film Darling too. The audiences just cannot get over the wonderful chemistry let loose by the star pair of Prathamesh Parab and Ritik Shrotri at the box office once again all over Maharashtra in Sameer Asha Patil with the film Darling The tagliine A stressbuster family entertainer given with the tite on the posters of Darling has indeed proved to be true in the real sense of the term to the Marathi audiences. The entire team of the film Darling attribute the entire credit for the success of the film to none other than the audiences.

Darling the lockdow, though the relese of the film Darling was inordinately delayed, after it was released,the audiences have given to it an hitherto unprecedented response. Social media is rife with glimpses of the audiences dancing to some of the songs of the film at some theatres which are showing Darling all over Maharashtra.The huge crowds are thronging in over 3000 screens in over 250 cinema houses at Hadapsar, Khardi, Rahatni, Narayangaon, Talegaon, Nashik, Latur, Nanded, Akluj, Amarvati, Khandesh, Chinchwad, Sonai, Kamote, Goregaon, Walunj, Aurangabad, Citypride Abhiruchi etc where Houseful boards were displayed this Sunday. 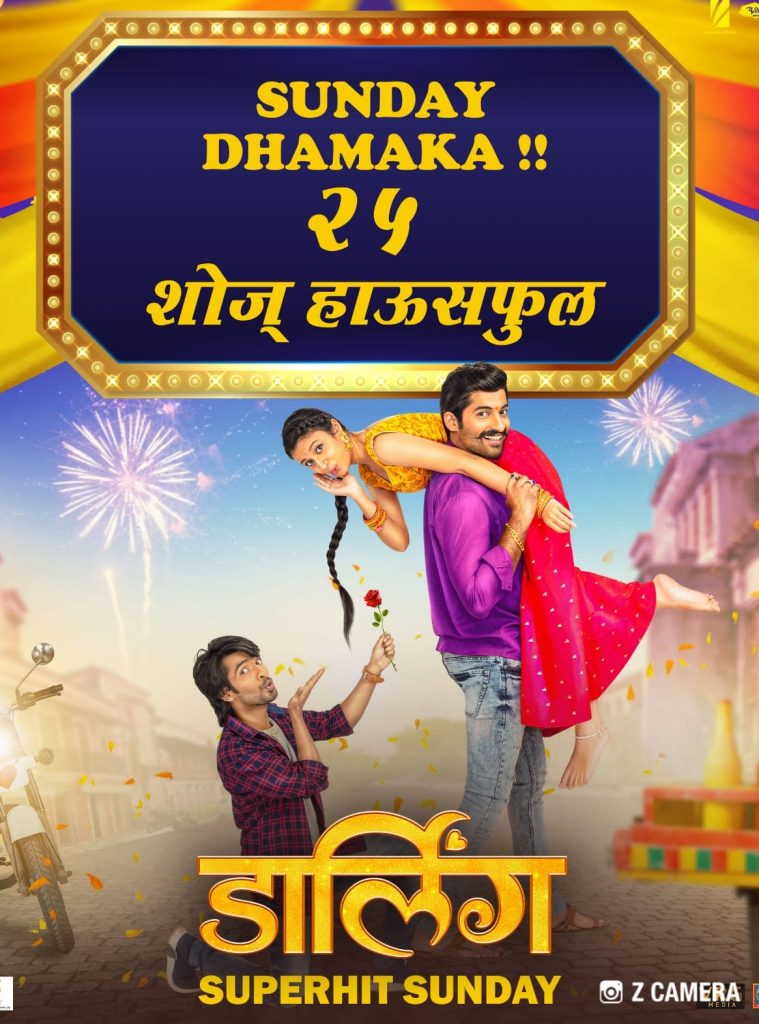 Besides the star pair of Prathamesh  and Ritika, the role enacted by Nikhil Chauhan of Rajbhau too has reached every nook and corner of Maharshtra  and empathised with some one of the other who identifies with each and every character in the film. Though the tite indicates that it is a love story, in essence it is a family entertainer and hence mesmerises each and every viewer. Screenplay which binds the viewer till the end, the essence of the characters as well as the strength of the screenplay, the wide spectrum of emotions that is induced in the film, the impeccable direction, the power packed performers, the perfection with which wach and every character has been cast, the unmatchable music and melody, eye catchy cinematography and production values have strengthened the shoulders ofthe film. Along with the youth, Darling has been able to garner the unprecedented support of all age groups for all the songs of the film. That the audiences have reponded to the artists of the film who had visited all the important villages and jillas of Maharashtra to promote the film is proved by the fact that they have made the film a sleeper hit though the occupancy at the theatres is curtailed by 50% now.