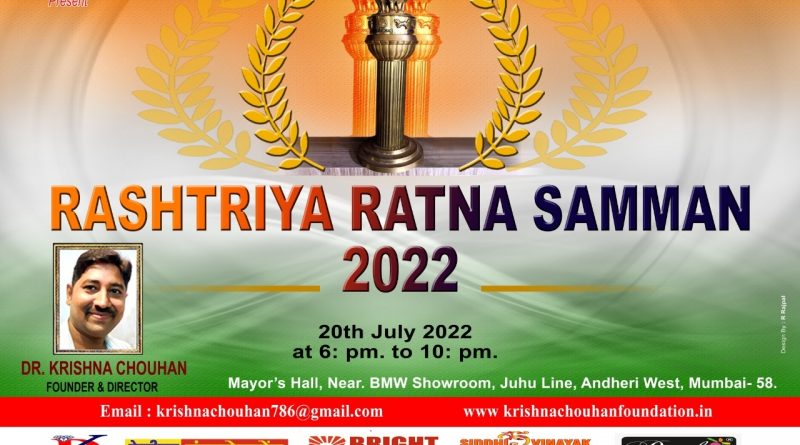 After the award ceremony, he will start shooting for his Hindi film atma.com.

Dr. Krishna Chauhan, who is called the show man of award functions, is now going to organize “Rashtriya Ratna Samman 2022” in a grand manner on 20th July 2022 in Mumbai. Its poster has become viral as soon as it is out on social media. Presented by KCF, the award ceremony will take place on the evening of July 20 at the Mayor’s Hall, Andheri, Mumbai. “Rashtriya Ratna Samman 2022” will be awarded to those people who have done remarkable work of social service and human service. Dr. Krishna Chauhan is very excited about this award ceremony. 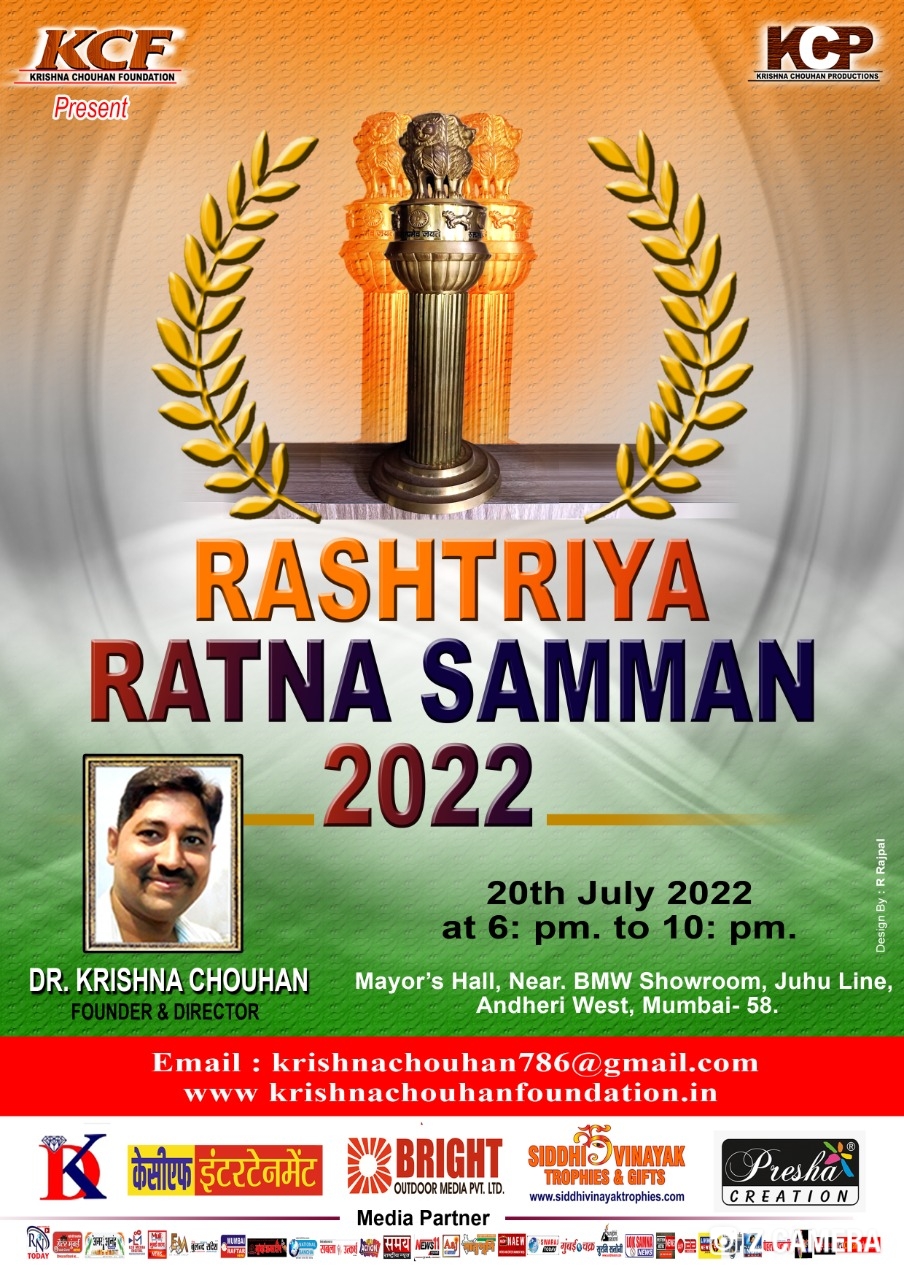 After this award ceremony, Dr Krishna Chauhan is going to start shooting for his next horror thriller film Atma.com, which was recently held in a grand Muhurta.

Let us tell you that Dr. Krishna Chauhan is not only a successful Bollywood director, an active social worker but also considered to be the most talked about personality in terms of getting the awards functions done. He has an award function and he gets busy with the preparations for his next award ceremony.

Let us tell you that Dr Krishna Chauhan’s Hindi album “Zikr Tera” has been released recently and his Hindi film “Aatma.com” is going to go on the next month floor, its composer is Dilip Sen.