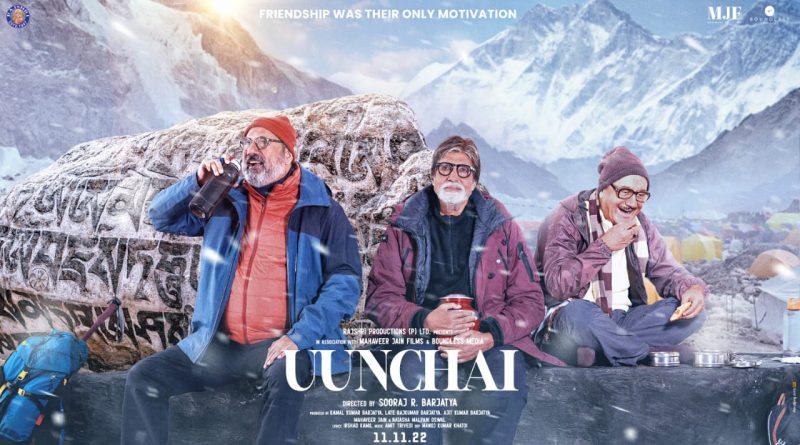 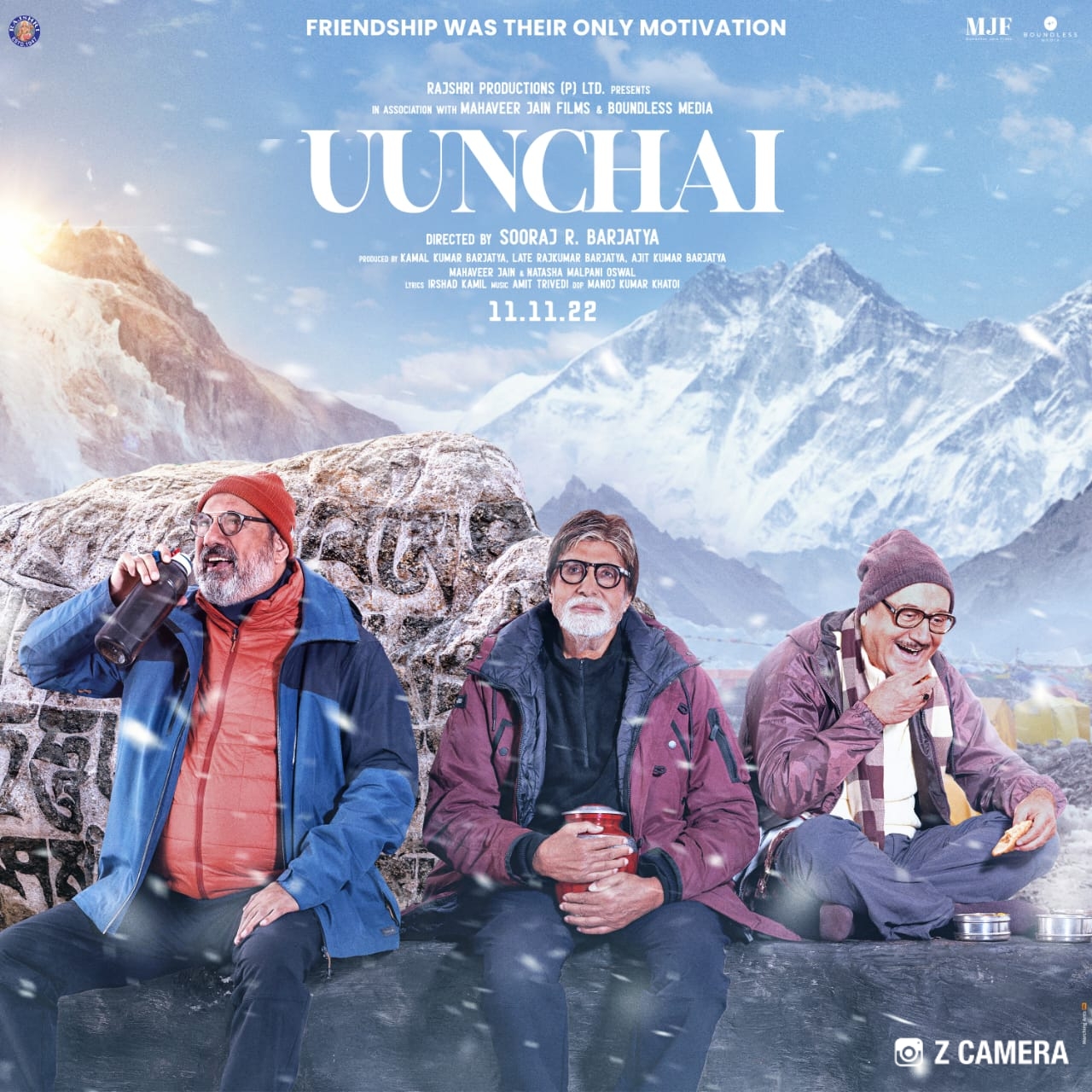 ffilm is elmed by ace director Sooraj R. Barjatya and is slated to be a 11.11.22 release.

In Uunchai’s latest poster, Amitabh Bachchan, Anupam Kher and Boman Irani can be seen
resting against an inscribed rock, taking a break from a challenging trek in the Himalayas.
The mighty Mount Everest marks its presence in this poster as well. Anupam Kher also
seems to be eating home cooked food, hinting at the family film elements that fans have
come to expect from Rajshri films.

The tagline–‘Friendship was their only motivation’
speaks for the visual, where the warmth of friendship is keeping spirits up in a
challenging terrain, winds and snow.
Uunchai’s release coincides with 75 years of Rajshri Productions in the film industry.

Produced by Kamal Kumar Barjatya, Late Rajkumar Barjatya and Ajit Kumar Barjatya of
Rajshri, Uunchai is their 60th film production, and also marks their proud association with
Mahaveer Jain of Mahaveer Jain Films and Natasha Malpani Oswal of Boundless Media for
the very first time.
Like all Rajshri films, Uunchai promises to be a film mounted on a huge scale with grand
visuals and a legendary starcast! An unforgettable journey of friendship, Uunchai will be in a theatre near you on 11.11.22.