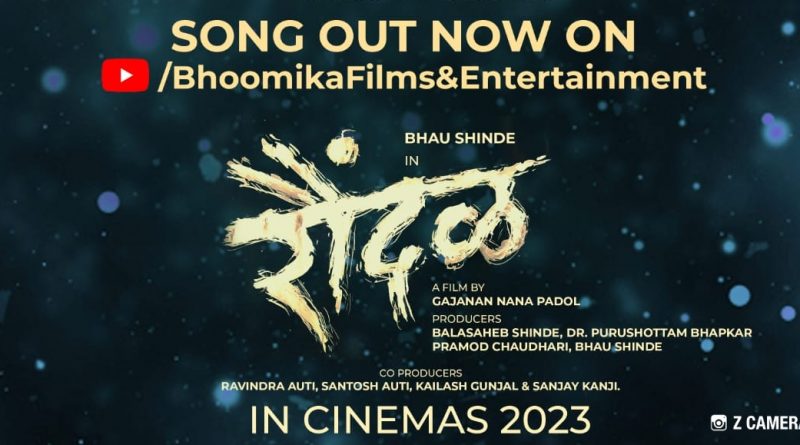 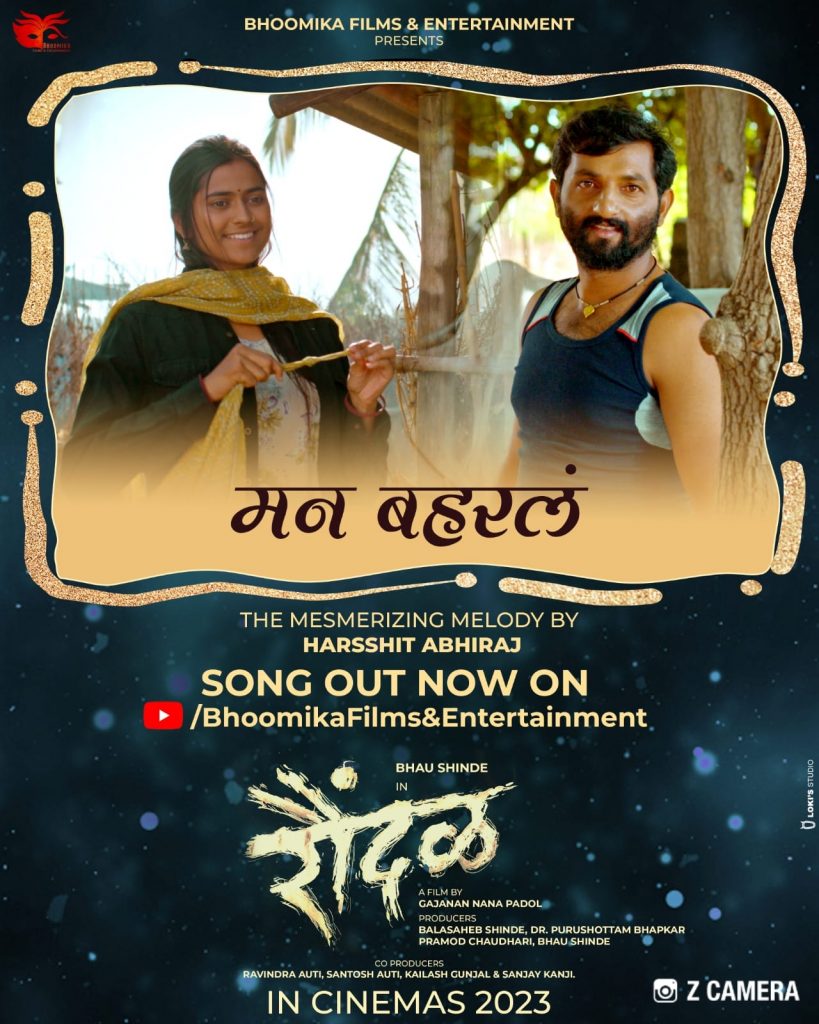 The actor who played the role of a rough-and-tough man, once again met the audience in the movie ‘Raundal’.

Bhausaheb Shinde, who was seen in a dashing role in the film ‘Baban’ after playing the lead role in the National Award winning film ‘Khwada’, has been busy with the work of his important upcoming film for the past few days. Titled ‘Raundal’, a rough-and-tough man from the red soil of Maharashtra, the film has been the talk of the town ever since the first poster was released. Bhausaheb’s rough-and-tough look in this has aroused the curiosity of everyone from the fans to the film industry. The teaser that came after that has further increased the curiosity about ‘Raundal’. The first song of this film, which will be released in Hindi as well as Marathi, has recently been released.

Under the production organization of Bhumika Films and Entertainment, Balasaheb Shinde, Dr. Purushottam Bhapkar, Pramod Chaudhary and Bhau Shinde have produced the movie ‘Raundal’. Gajanan Nana Padol has directed this movie. The new song ‘Mana Baharala…’, which is grabbing the attention from the movie ‘Raundal’ has been released through social media recently. It was understood in the teaser itself that Bhausaheb Shinde is playing the lead role in this film, but the secret was which actress will be paired with him. The secret of the actress has also been revealed through the song ‘Mana Baharala…’. In this film, Bhausaheb is paired with Neha Sonawane, a debutant actress. Neha entered the silver screen with the song ‘Mana Baharala…’ from ‘Raundal’. This romantic song picturized on Bhausaheb and Neha is written by lyricist Dr. Vinayak Pawar. Singer Vaishali Made’s melodious voice has been composed by music composer Harshit Abhiraj. Neha has performed beautifully in the song. The perfect blend of melodious instruments and the unique camera handling of the pair will add to the beauty of the song ‘Mana Baharala…’. Another important feature of this song is the meaningful lyrics that suit the realistic locations of the village and the events of the plot.

National award winning sound designer Mahaveer Sabannavar has sync sound and designed the film. DOP Aniket Khandagale has done the cinematography and Faisal Mahadik has done the editing. Background music is by Rohit Nagbhide and choreography is by Neha Mirajkar. Mangesh Bhimraj Jondhale has fulfilled the responsibility of executive producer and Raundal will be released in 2023.