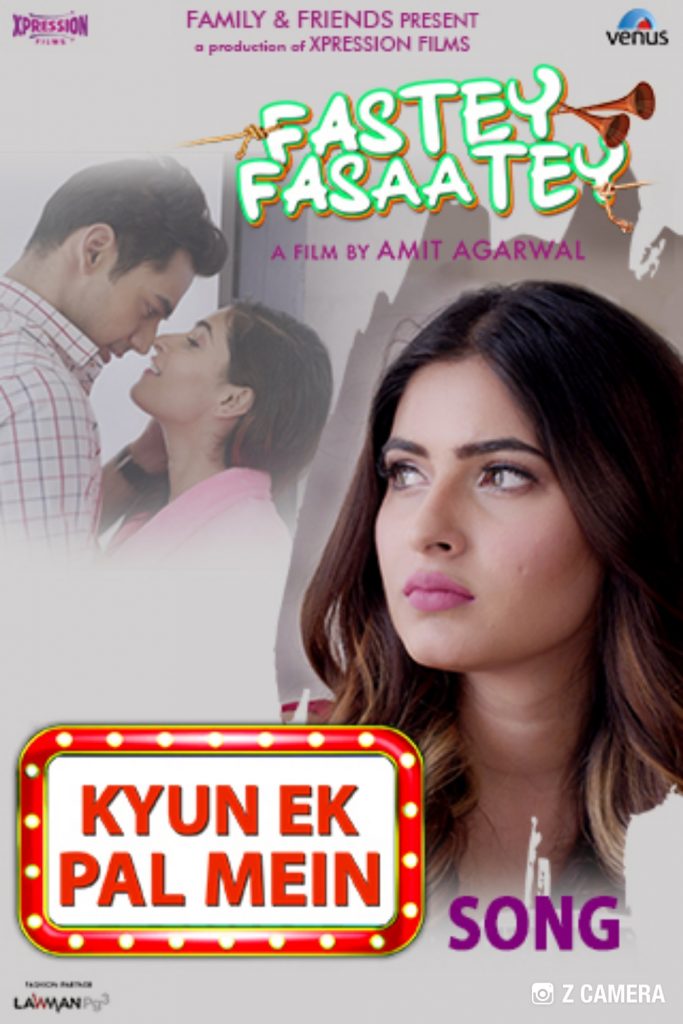 A Production of Xpression Films

Venus is releasing the Film in Cinemas on 21st June 2019.

“Kyun Ek Pal Mein” from the film “Fastey Fasaatey”which was recently released is a soulful track.  The song invokes emotions of – love, loss and heartbreak.

Amit Agarwal says “It’s a melodious song which depicts the parting situation between the lovers. We have tried to explore emotions of sadness and love through this song, hope audience likes it as much as we do”.

The film is giving the feeling of a Romantic Comedy & people are loving the story line from its trailer which is set in the backdrop of a traditional family who want to get their son Aakash married immediately while he tries to buy time to set his love life in order with a free spirited girl Anisha who has her own pursuits in life and is not thinking of getting married anytime soon. How Aakash walks the thin line with the help of his friend Dev and saves the day.