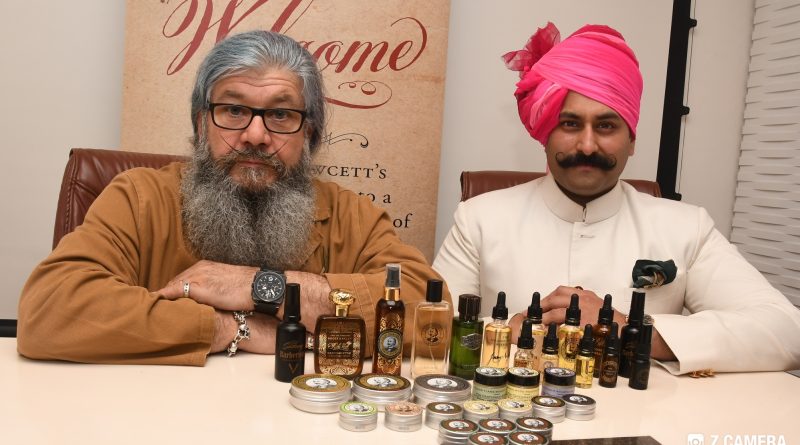 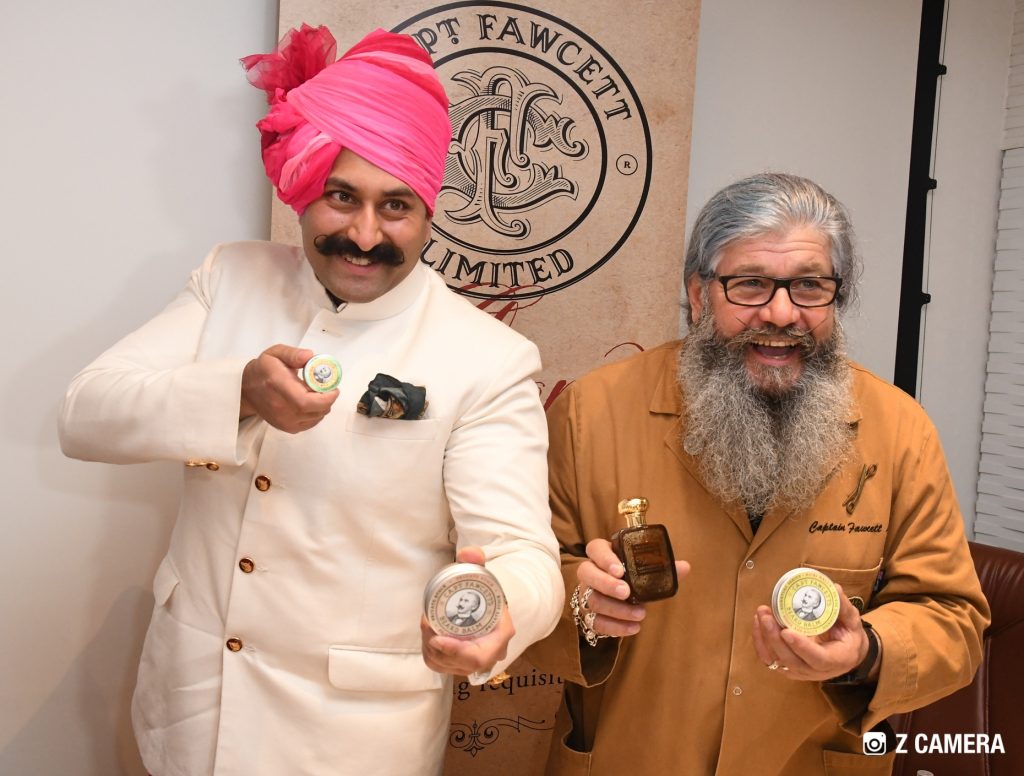 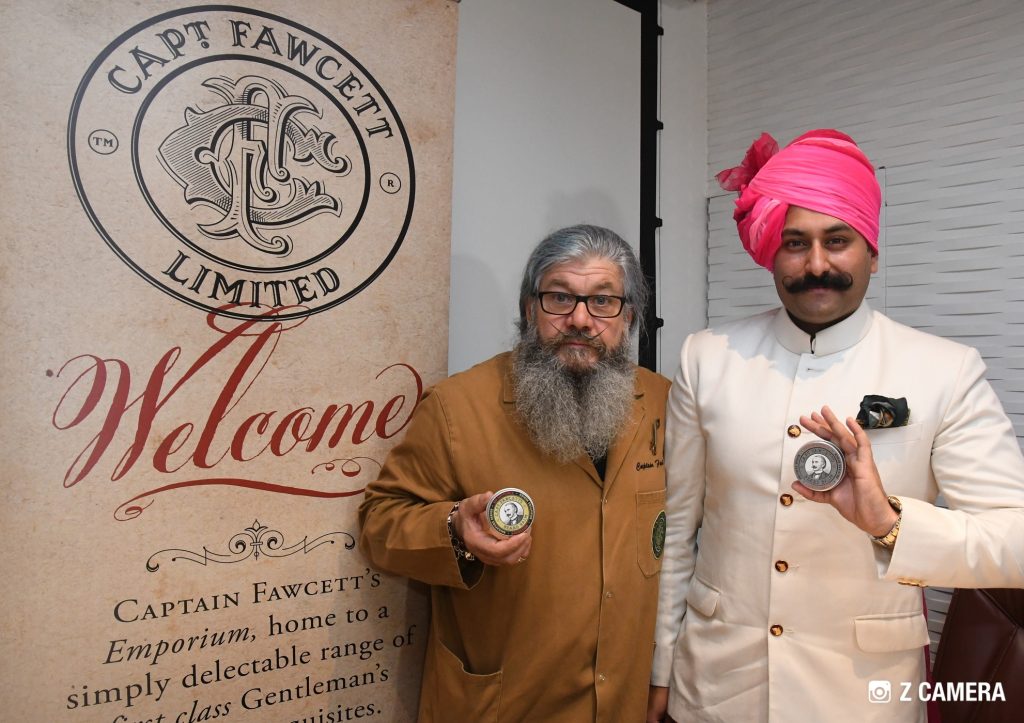 Captain Fawcett, international purveyor of simply First Class Gentleman’s Grooming Requisites from his HQ in rural England, is absolutely delighted and indeed hugely honoured, to be here in India for the exclusive unveiling of a brand new Signature Series collaboration with Viraj Singh of the Jodhpur Company, creator of exceptional bespoke tailoring for sporting, equestrian and ceremonial occasions.  Headquartered in London the Jodhpur Company combines centuries of English tradition with the vibrancy of India during the days of British rule. 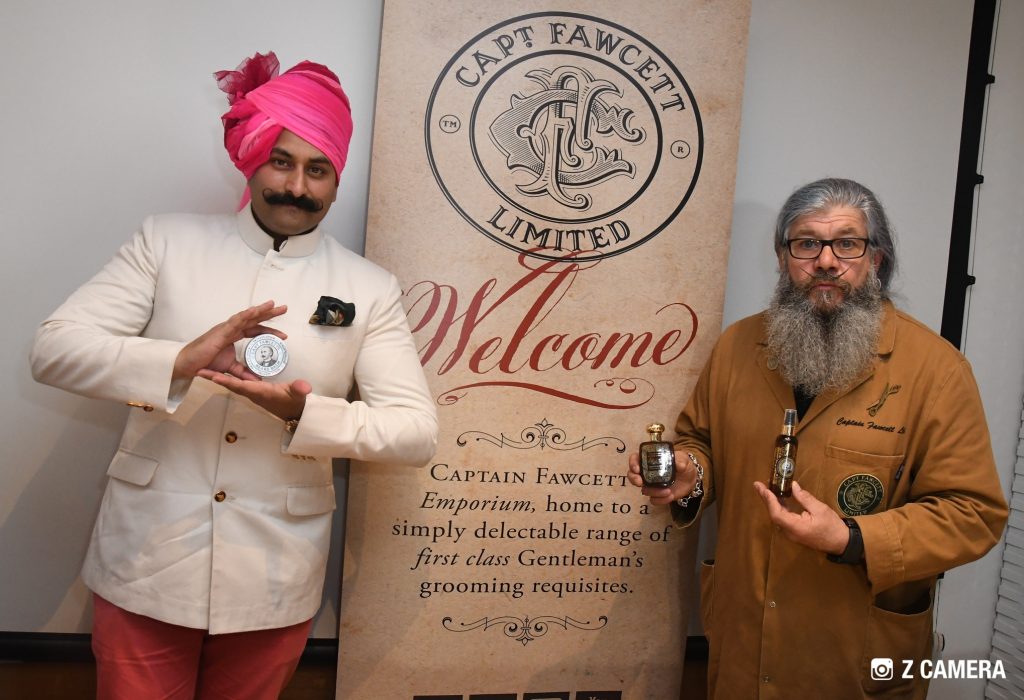 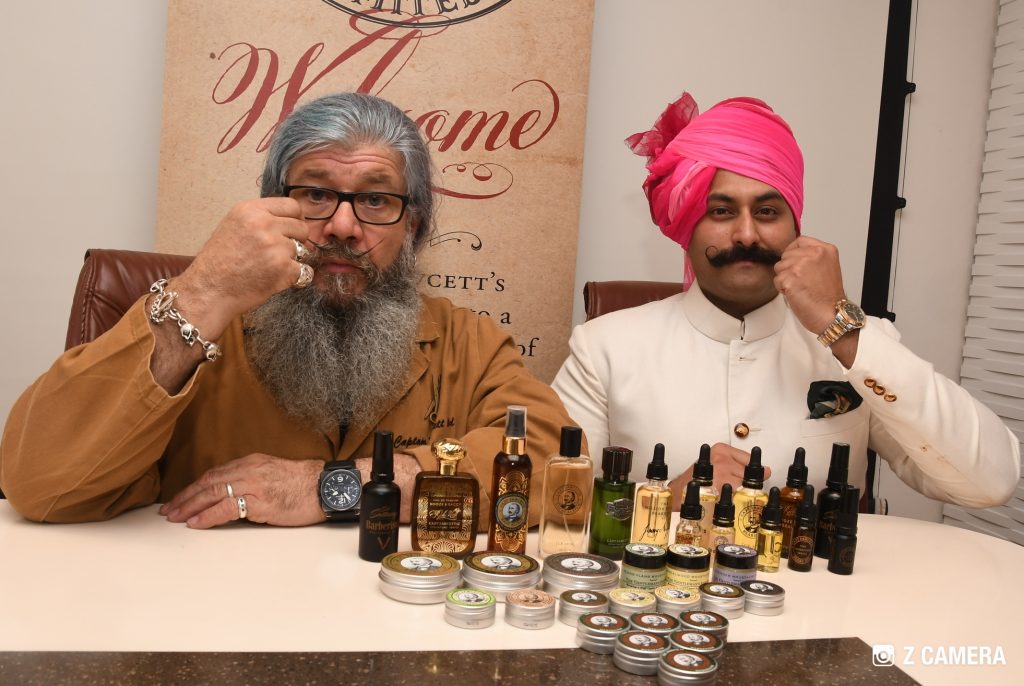 For Rajput princes, luxuriant facial hair signified honour, dignity and the strength of a lion, the fabled king of the beasts whose lordly title ‘Singh’ has been woven into Indian names since time immemorial.  Indeed, the distinctive ‘Khatri’ whisker style, combed moustaches to resemble the mane and noble visage of the lion, whose proud spirit a ruler hoped to embody.  As much as his turban and sword, a handsome moustache was essential, indeed a Rajput prince would shave only to mourn the death of his father.

This delectable wax is redolent of the sensual opulence of court life, of balmy air perfumed with aromatic smoke, the warm fragrance of masala chai and the crush of bright petals whose voluptuous perfumes stir the heat of the Indian night.  Distilling the sweetness of paan and potent scent of sacred flowers (after all Lord Vishnu himself was born from a lotus blossom) the Captain’s master blender has woven heady rose with peppery spice, rich musk, cedar and leather studded with dazzling citrus top notes; an majestic evocation of ancient power refined into a most elegant fragrance that entirely befits the modern gentleman.

Base: Cedarwood, Cypriol, leather and Musk

About- The Jodhpur Company was born with the purpose of bringing authentic, true vintage style fashion to the masses. Crafting bespoke riding and shooting attire, the Jodhpur Company fuses traditional English tailoring with a dash of Maharaja glory. Viraj Singh believed that this initiative of his was another way of reviving tradition without having to open up a book. By making his outfits do all the talking, he hopes for the unparalleled legacy of Rajput couture to thrive and be known by a larger diaspora and international audience.

His new label “The Durbar” comprises of traditional ceremonial attire and accessories symbolic of Singh’s  celebration of the royal courts and its elite attire. Through this label, he provides gentlemen, the chance to purchase antique pieces and have precious ones commissioned for events such as weddings and other functions.